Knowing where your website traffic is coming from is important. It lets you know how people are finding you and which marketing activities are paying off. What’s more important, though, is where your enquiries and sales are coming from as you may have a lot of traffic from one particular source that never converts. With goal tracking set up in Google Analytics you can quickly see which sources of traffic generate the most enquiries. The downside of relying on the standard Analytics reports, however, is that they default to the last interaction attribution model. Attribution models are really important in being able to identify sources of traffic that contribute to conversions, even if they weren’t the last interaction.

What are attribution models?

Stealing Google’s definition (as it sums it up nicely)…

In short, an attribution model decides who gets the credit for a conversion and whether it’s given to one source or shared out (evenly or otherwise) across the different sources involved.

Certain platforms (like Facebook Ads) tend to give credit to Facebook for any conversion that happens after someone clicks on your ads (first interaction attribution), which means your Facebook Ad reports will always look a lot more successful in Facebook than they do in your Google Analytics report.

If you’re advertising on Google Ads, you’ll have the option to set the attribution model when you set up conversion tracking. This can be changed at any time, but bear in mind the data cannot be changed retrospectively.

Let’s look at the different attribution models available and how they apply to this example customer journey:

Step 1: customer performs a search and clicks on a Google Shopping ad for your product

Step 2: customer sees a remarketing ad on Facebook for your product and clicks to learn more

Step 3: customer is ready to buy, so does a search on Google for your product and clicks on your organic listing

Last Interaction attribution model – this gives 100% of the credit to the platform that was responsible for the final interaction before the conversion. So in the above example, organic search would get the credit even though they found you via a paid ad and may not have performed a search had it not have been for your Google Shopping or Facebook remarketing campaign.

First Interaction attribution model – this gives 100% of the credit to the first touchpoint the customer has with you. So in the above example, Google Shopping would get the credit and Facebook remarketing and your organic search presence wouldn’t get any credit, despite bringing the customer back to your website. Twice.

Linear attribution model – this shares the credit between all channels that the customer interacts with. So in the above example, 33.33% would be attributed to Google Shopping, 33.33% to Facebook Ads and 33.33% to organic search.

Time Decay attribution model – this takes into account how far away the interaction was from the conversion, so the closer the interaction, the more credit it gets. So in the above example, all interactions would get some credit, however, the largest proportion would be applied to organic search, followed by Facebook, then Google Shopping would get the least credit.

Position Based attribution model – this gives more credit to the first and last interactions (40% to be precise), with the remaining 20% of credit being shared equally between the interaction in between. So in the above example, Google Shopping and organic search would both get 40% of the credit each, with Facebook Ads getting the remaining 20%.

Which attribution model should you use?

It depends. There’s no right or wrong answer here; what’s really important is that you’re aware how each platform reports conversions and don’t just rely on one set of reports. Google Analytics is your friend here as it allows you to view conversions by attribution model, so you can see what your conversions would look like for any of the above examples. Simply log in to Google Analytics and locate the Conversions section down the left hand side. Scroll down to Multi-Channel Funnels and view the Model Comparison Tool. Enjoy! 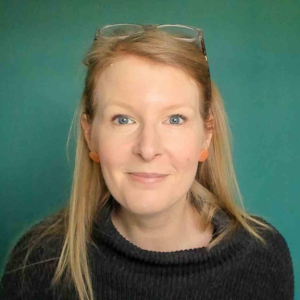 Heather Robinson has been working in digital marketing since 2005. Graduating with a degree in marketing from the University of Leeds and an MSc in Digital Marketing from Manchester Met, Heather puts her strategic knowledge into practice, working with businesses of all sizes on their digital marketing strategies. She is also a published author and conference speaker and provides consultancy and training to marketing teams in the public and private sector.

Struggling to generate leads for your business?

Learn more
PrevPreviousCleansing your email list for better email marketing
NextIs having a one page website a good idea?Next

Why does the data in Facebook Ads look different to Google Analytics?

Advertising on social media channels such as Facebook has many challenges for businesses. There’s targeting and budgeting, creating visuals that engage an audience and dealing

If you’re an avid Google Analytics user, or even if you just check in once a month to look at key reports, you may have

Why is my data different in Google Analytics to Google Ads?

Data is a wonderful thing for us marketers. We can use it to assess the return on investment we’re getting from our marketing efforts, track

UTM Tracking – what, why and how?

If you have a website, you’ll no doubt be curious to know how people find it. And, if you’re spending money on advertising or investing

What events should we track in Google Analytics?

Google Analytics provides us with a wealth of information about how people find our website, how they interact with it and can even track how

The newsletter created for business owners and marketing peeps who want to stay up to date with the latest digital marketing trends.

No obligation, no commitment, just a one-off meeting to help you overcome your digital marketing challenges